In a madcap ride through the biggest stories and best-loved characters from the wonderful world of pantomime, our dastardly double act dash from rubbing Aladdin’s lamp to roaming the golden streets of Dick Whittington's London and making sure that Cinderella gets to the Ball.

It's all unmissable fun, whether you're six or 106.

‘A hoot of a show… Huge fun.’
Evening Standard 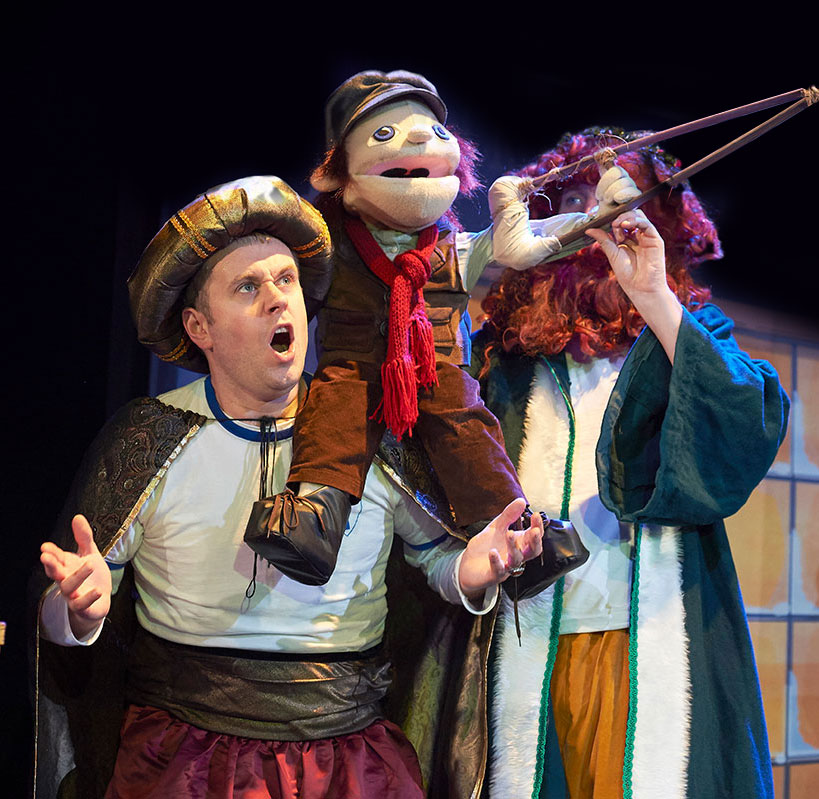 ‘A blast of exuberant festive nonsense.’
The Financial Times

‘Dan and Jeff are masters of the art of comedic brevity.’
The Stage

‘Splendid to see this team of lovable japesters take up residence in the West End.’
The i

‘Dan and Jeff have been doing Potted shows for over a decade and it shows. They never put a foot wrong, but this melange of pantomimes is the jewel in their crown.’
Reviewsgate

‘Daniel Clarkson and Jefferson Turner work superbly together… wonderfully mad box of delights.’
London Living Large
‘The hordes of children fall around with delight at the mixture of sarcasm and slapstick.’
The Times
‘Panto is Christmas and Potted Panto is up there with the best.’
Southwark News

‘I was genuinely howling with laughter. Delivers for audiences of all ages and provides a bit of much-needed escapism.’
North West End
‘A show full of enjoyably terrible jokes, manic costume changes, buckets of poo and a spirit of anarchic goodwill.’
Daily Telegraph
‘Deliciously festive fun for all… If all pantomime was this enjoyable, they’d have a convert here.’
Whatsonstage 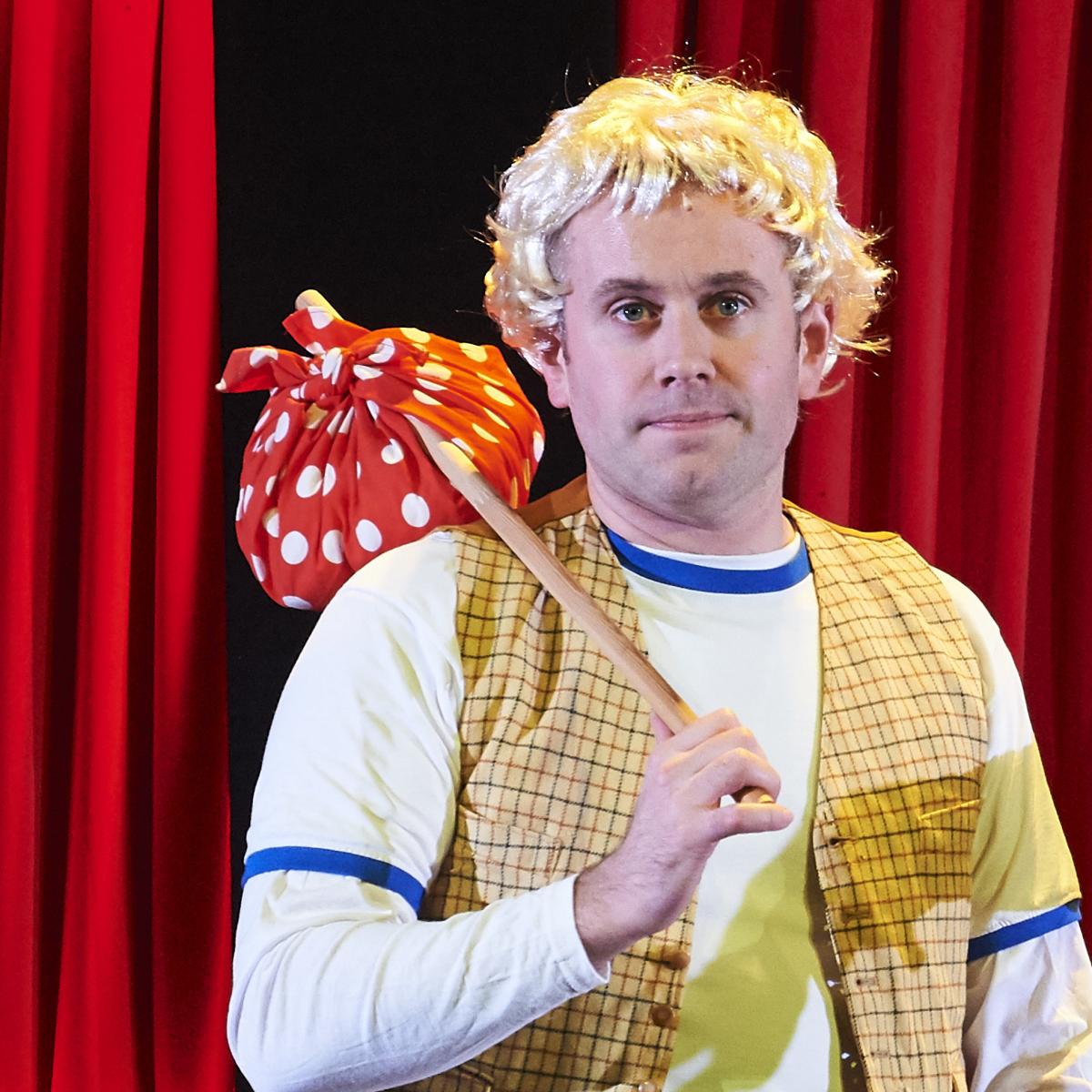 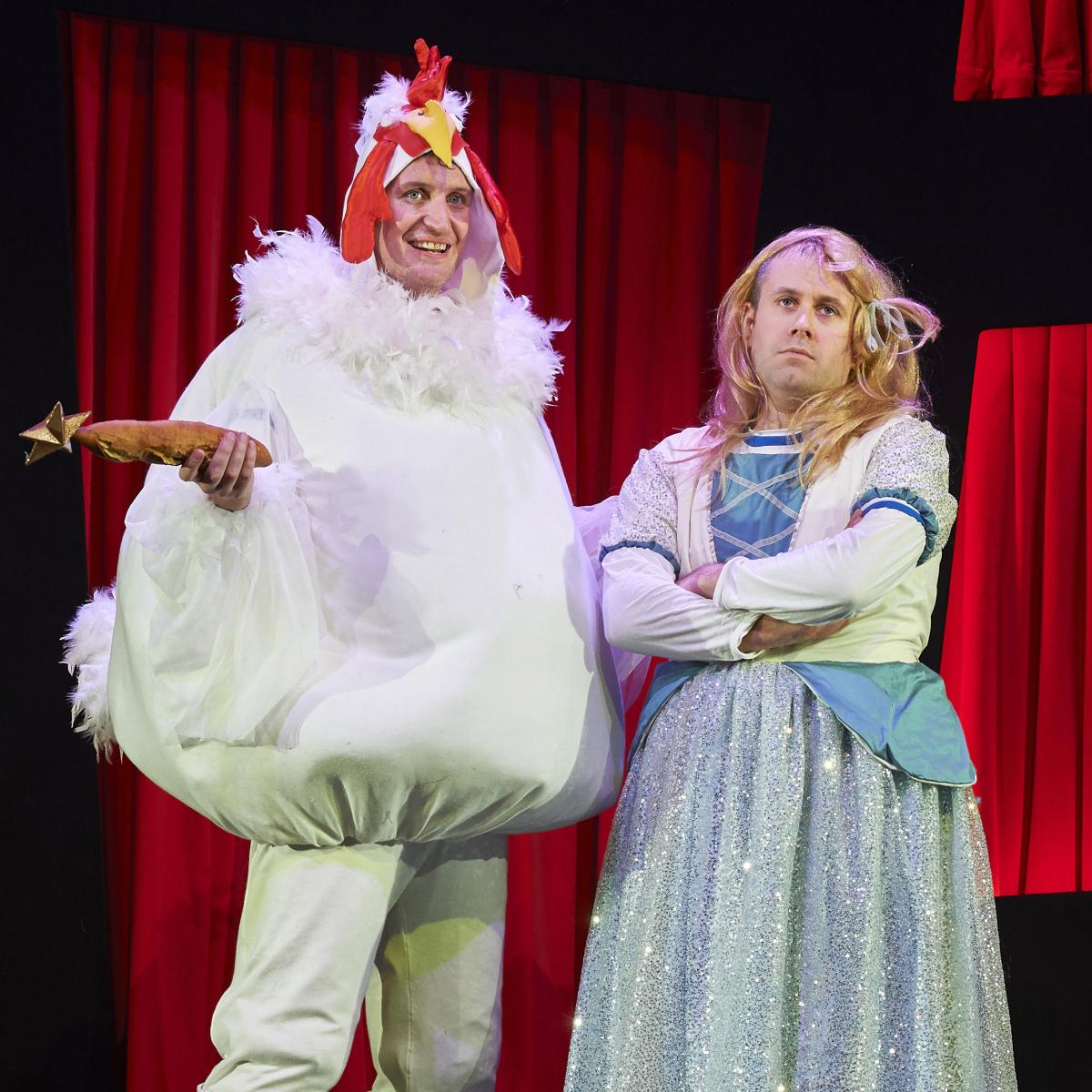 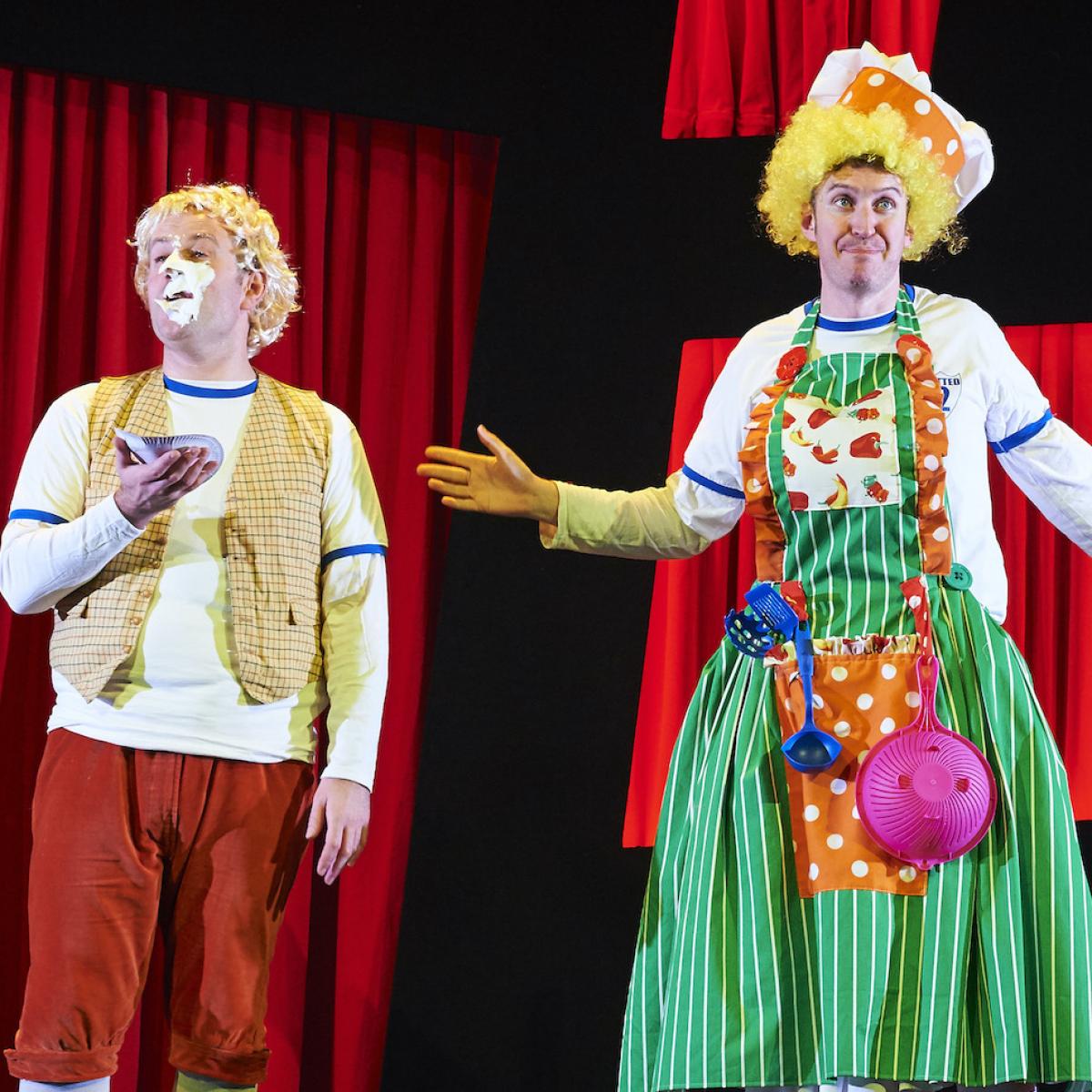 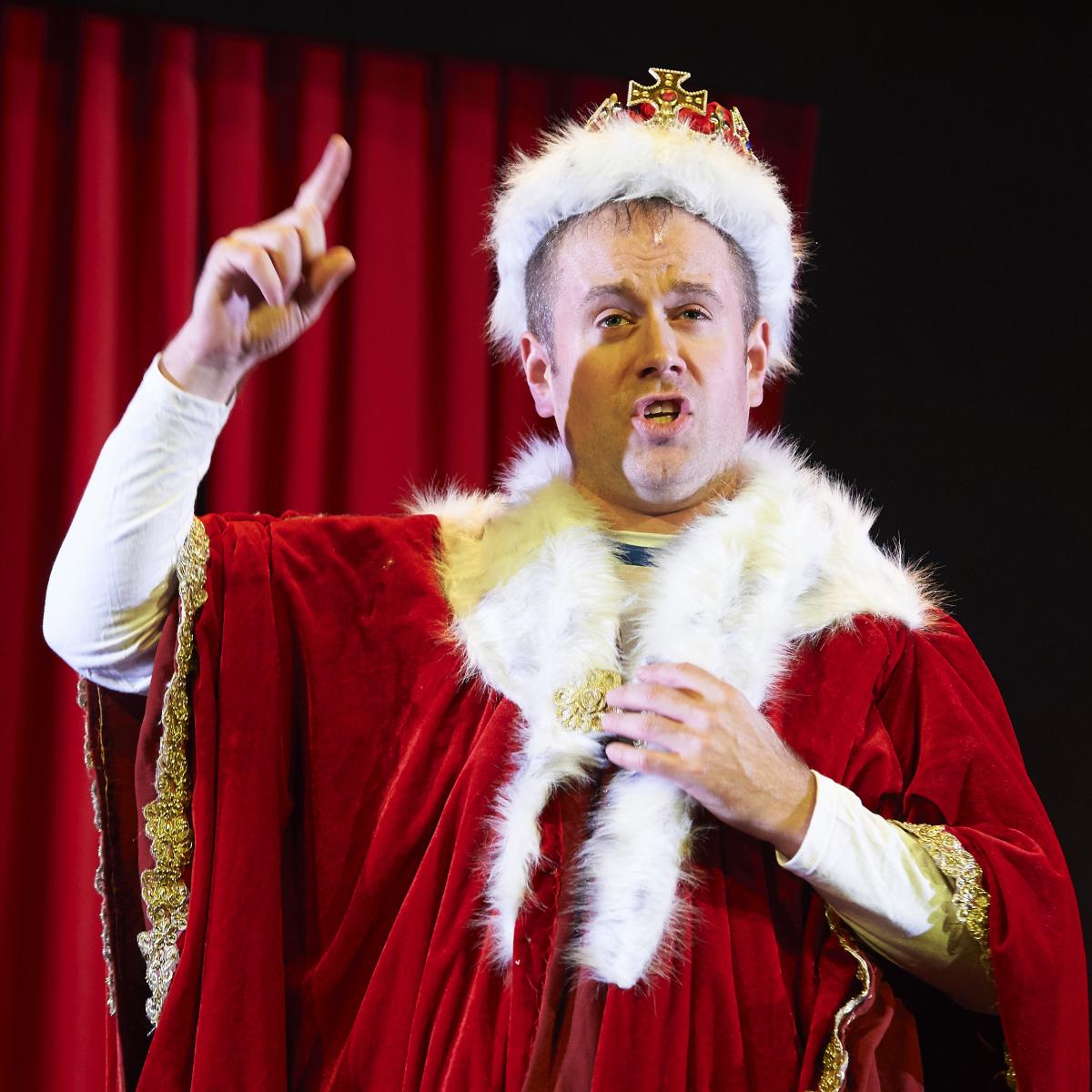 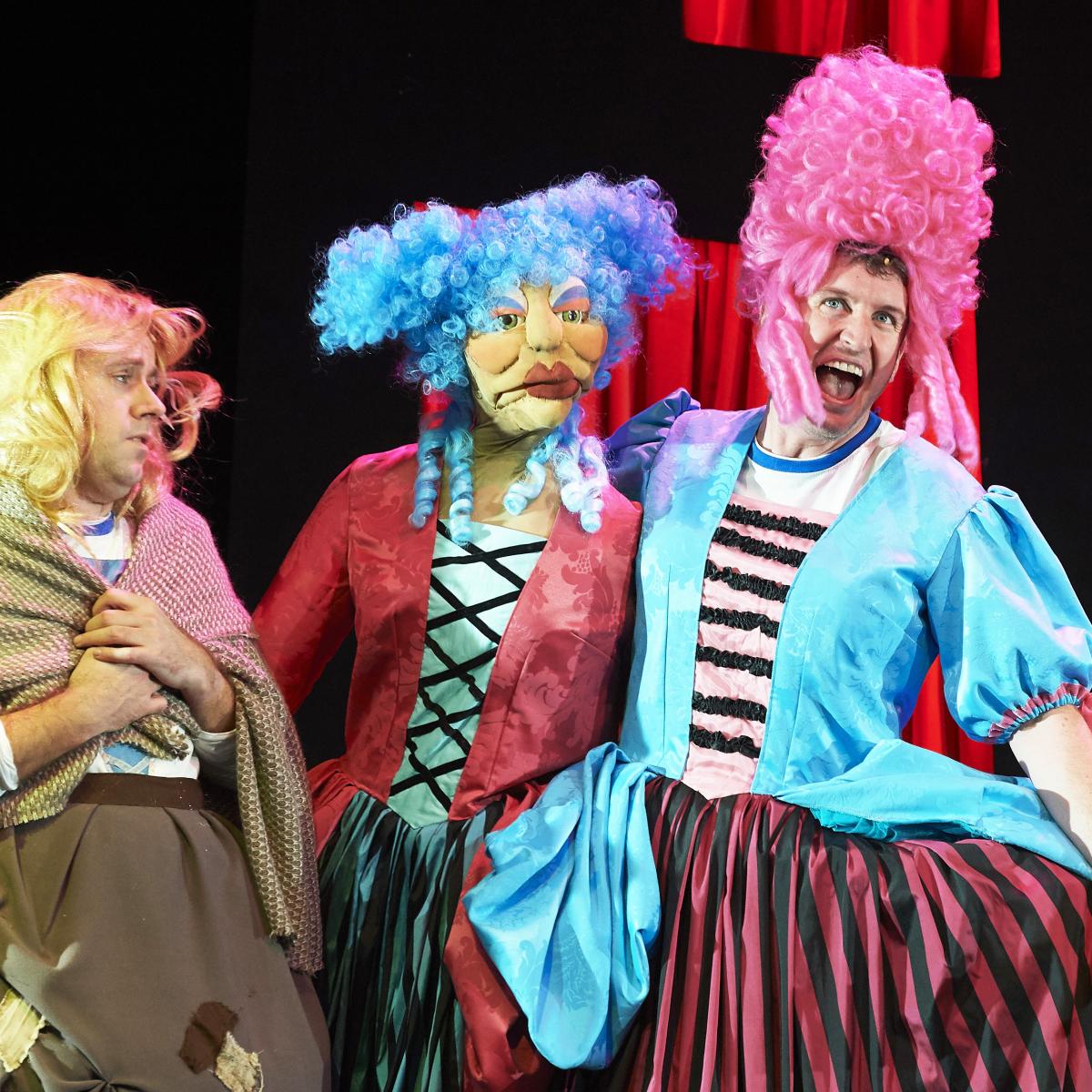 According to Wikipedia, Daniel is a “British comedy actor, playwright and director with two Olivier nominations and a Blue Peter Badge.” Graduating from Bretton Hall, Daniel is probably best known for being one half of the comedy double act “Dan and Jeff”, renowned across the globe for their “Potted” stage shows as well as an 18-month residence in the CBBC office as their in-house presenters.

With four shows now under his belt (‘Potted Potter’, ‘Potted Pirates’, ‘Potted Panto’ and ‘Potted Sherlock’), he has received both audience and critical acclaim, having had sell-out seasons in both London’s West End and New York, and completed several successful international tours including a residency for ‘Potted Potter’ in Las Vegas where it won the Best of Las Vegas award for “Best New Production”.

Daniel’s latest creation ‘The Crown Live’ - a comic parody of the Netflix series ‘The Crown’ - originally opened in London in 2019 to high praise from audience and critics alike. Three seasons later and he’s thrilled that it’s now touring the US. He hopes it will act as a fitting tribute to Queen Elizabeth II, a beloved monarch who will be deeply missed.

Daniel has made regular appearances on BBC, ITV and Channel 4 - writing, performing and directing his unique brand of condensed comedy and was fortunate enough to spend six months in LA training and performing with The Upright Citizens Brigade. Over lockdown he co-wrote and performed as Judge Smudge in ‘Monster Court’, for CBBC filming the entire series in his dining room!

Jefferson has been messing about with Dan both on stage and screen since 2005.

He has appeared on TV with the tall one on such shows as Blue Peter (BBC), Richard & Judy (Channel 4), The Slammer (BBC) and Big Brother’s Little Brother (Channel 4), amongst others, as well as residing in the CBBC Office for all of 2009 and a little of 2010.

On stage he has co-written and starred in ‘Potted Potter’, ‘Potted Pirates’, and ‘Potted Panto’ with Dan. This has led to multiple US, UK & Global tours, critical acclaim, Olivier nominations, ‘Best of Las Vegas’ Awards, and sell-out West End runs. He also thoroughly enjoyed training with Second City, when they ventured across the pond to his City, here in London.

Jeff thinks he did other work before he met Dan, but Dan says anything Jeff did without him doesn’t matter any more.

For television: co-creator/writer of Bluestone 42 (BBC3), as co-writer Miranda (BBC1), The Rebel (Gold); as writer, three episodes of Secret Diary of a Call Girl (ITV2/ Showtime). Richard is currently working with Daniel Clarkson on The Pirate, the Princess and the Platypus to open at Polka Theatre in 2022.

Originally from Birmingham, Liam trained at The Academy of Live and Recorded Arts (ALRA), where he graduated in 2012. Since then Liam has worked across Theatre, TV, and Film, as well as performing on the stand-up comedy circuit.

He’s delighted to join the cast of ‘Potted Panto’ again.

Jacob has been professionally acting and directing theatre since graduating from Mountview Academy of Theatre Arts in 2015. As well as performing for West End, Fringe and international audiences, he is a regular contributor to the UK’s largest satirical newspaper ‘The Daily Mash’ and its associated BBC and Dave TV shows ‘The Mash Report’ and 'Late Night Mash'.

Charlotte is a Musical Theatre actor and vocal coach from Essex. She began performing with the West End Kids at prestigious events such as West End Live and at venues such as the Royal Albert Hall and the O2 arena.

Trained at Wimbledon School of Art and was a Theatre Design Finalist for the Linbury Prize.

Nicky trained at the Central School of Speech & Drama She has designed many productions for LAMDA & Mountview drama schools.

Phil is a composer, sound-designer and sound-artist working across multiple platforms. He is a BA Music graduate from Falmouth University. Credits include The Trench (Collective Arts); Barabas (Hall for Cornwall); Walk With Me (Kneehigh); Everyman (Tangle); The Magic Beanstalk (Light Theatre); Potted Potter; Potted Pirates; and Potted Sherlock; The Cold Truth; Poison; Enduring Lies (Effervescent); and Lonely Not Alone (The Co-op Foundation). Phil is a member of the Ludi Electric Guitar Quartet.